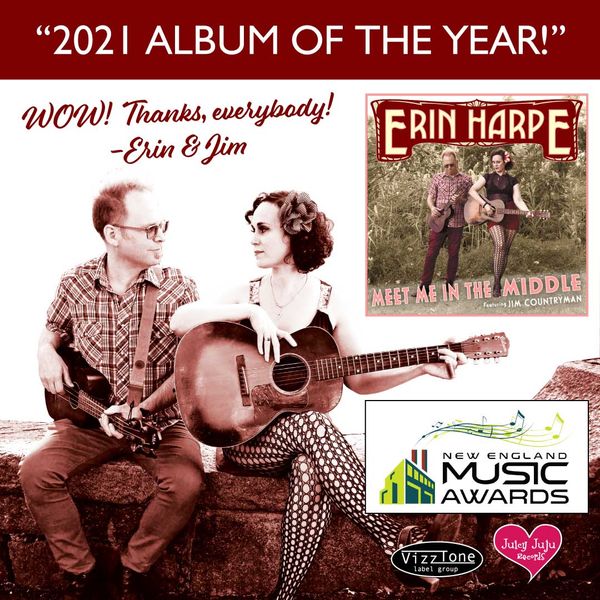 We’re thrilled to announce that our album, “Meet Me In The Middle”, was just named 2021 ALBUM OF THE YEAR by The New England Music Awards!!! Jim and I are very honored, especially because this album was self-produced and recorded at home during quarantine by the two of us. We’d like to thank everyone who helped make this possible, including Pete Weiss (mixing), Peter Linnane (mastering), Joe Harrington at Boston Street Photography (cover photo), Dave Geissler (additional photos), David Avery (Powderfinger Promotions), and Richard Rosenblatt & Amy Brat at our label, VizzTone Label Group! ❤️ Big thanks to our fans for your continued support, and for voting for us ❤️ and to all the DJ’s and others who helped get the music out there!! And many thanks to the NE Music Awards for this award, and for supporting independent music in New England!!! 💋 Listen/buy/stream the album at linktr.ee/erinharpe